What's on your mind?

I recently saw some weeb skins and other rare skins on youtube and I wondered if they still are in the game. Could someone tell me if they are and how to obtain?

Maybe we should add an exploiter page for certain games like for Arsenal a separate one and for Counter Blox another different one so we can see who exploits and who doesn’t.

I do, and I really think he is a bot, the first round, he got golden knife, even tho his career kills was only 48, there is 2 possibilities

what is a bot in roblox ? well, its your usual guy in the chat spamming robux scam website but this one is a peculiar bot, this type of bot appeared about 1 month and 2 weeks ago, thus very recent, not much information has been known about this intelligent AI but, one thing for sure, it can kill everybody on an FFA in under a minute, its not your usual bot, it will only say key words and aimbot, being watched/recorded by the owner of the bot, hence its unique bot name, not random names like " aqua122392 ", it also have the unique ability to say the " correct " words when they die, like " oof! ", "no! ", "WHY!!!!!!!!", this bot can't be built by usual roblox exploiters, something indicates me that, indeed, it is scripted by a game developer, possibly one of Arsenal very own programmer.

2. it is an actual player pretending to be a bot.

not possible because 0.1 second after it dies, it says " correct " key words

should we add more Pages about Weapons

Should we add a code section to Arsenal? ~~~

If you are not a chat or discussions moderator and want it message me of why you want it and I will ask other admins if I should give you it.

I can't stand seeing the sight of a page with next to nothing on it. If you're going to make a page, then make it. Don't put 2 words on it and wait for someone else to finish it for you.

I have just cleaned up the Counter Blox: Remastered wiki after somebody (I will not mention their name publicly) vandalised the article with swearwords, bad CS:GO jokes and removing important info from the "Maps" section. This is a pain to do, so please keep the ROLVe Wiki clean. Everyone will appreciate it.

So recently, ive been seeing a lot more fly glitchers in CB. Same with exploiters. Sometimes they even do both. Usually they suck at CB, but its still quite annoying when they just hide in walls and camp a certain spot.

Since ive gotten tired of it, here's some ideas I have to make it a little more harder for exploiters:

1.) Make a kill-zone for most solid object.

There should be kill-zones for objects like crates, buildings, anything exploitable enough to get people mad. Im not saying the kill zone should be the whole inside of a building. The killzone should be atleast 3-4 studs in. That way, you dont get killed for putting your arm in. If you repeat it, you get a warning. If you repeat it 3 more times, you get banned.

2.) Make votekick actually work, and not a number like 9.

The few times where everyone in the server agrees that the exploiter should be kicked, they votekick that one player. But a lot of the time, it says "you need one more kick to kick {user}". The last person kicks, but the message still pops up. Someone else votes. Same message. Everyone realizes that the exploiter probably wont be kicked. Matter of fact, I dont remember any exploiter ACTUALLY being kicked. They usually leave on their own because when kick doesnt work, we harass them. Make it easier to kick someone and make it work.

Change the votekick button. A majority of CB's players are 13-. And most most people don't know how to votekick. Its a feature thats pretty unknown. And because of ROBLOX's filter, 13- players cant say numbers, or the word form of numbers. Usually, I straight up tell them its 9, but my little brother cant. Change to to something like U or I.

Another game based off a popular shooter is R2DA. They have a system in place where at least one mod is always online, so they can check and see if they are no clipping or cheating. You can write a report on who and if they are cheating, they get banned. They also make it so if you abuse the modcall (writing things like "play with me") then you can also get banned. I believe that this would be good, and bad.

Bad because the community is made up of 13- players, who would waste a mods time by reporting someone for being good without solid evidence, and good because it would get a real human's view on whether someones cheating or not.

Like seriously, CB should learn from R2DA. They have another feature called noob buster, where it just kicks you from a game if it suspects you from cheating.

So let me know if any of these ideas are good.

This is the place to talk about your favorite topic, to share news, theories, ideas, and to connect with others.

To learn more about what you can do here, check out community.wikia.com/wiki/Help:Discussions

If you're an admin on this community, read more about how you can customize your Discussions and set up guidelines for contributors: community.wikia.com/wiki/Help:Admin_and_Moderator_Tools_in_Discussions 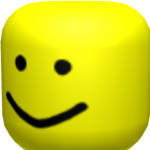 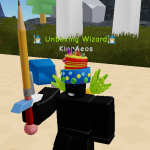 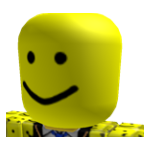 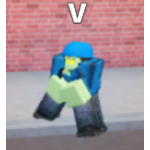 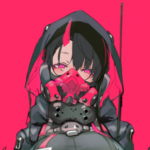 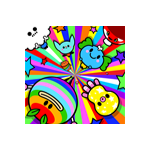